The U.S. Women?s Soccer team beat Japan 2 - 1 in the finals of the 2012 London Summer Games. Earlier, the U.S. Women?s Soccer team defeated France, Columbia and Korea DPR for the Group G title, had a (2-0) win over New Zealand in the quarterfinals and a (4-3) win over Canada in the semifinals. After their loss against Japan in the 2011 FIFA Women?s World Cup Final, this is a rematch and victory worth celebrating.

Pride, professionalism and a passion for excellence is what drives these amazing athletes and us as CENTURY 21 sales professionals! 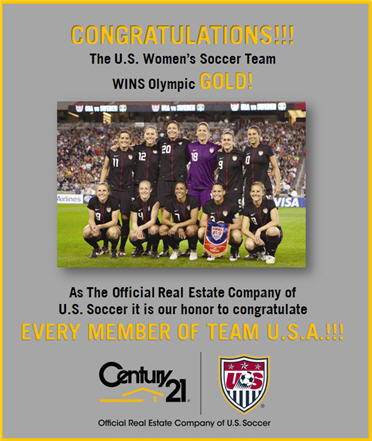